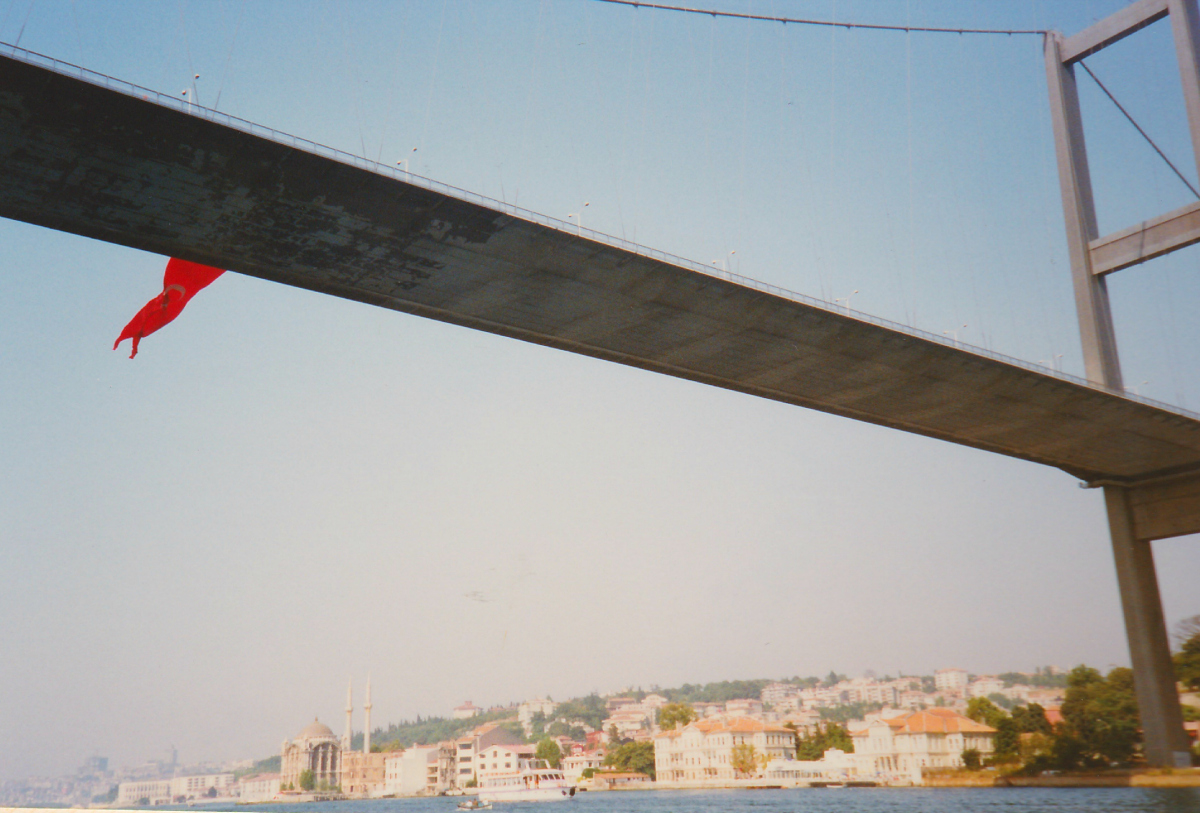 I hesitate somewhat to share this one. I feel a bit of a heel. But here goes anyway.

Istanbul was a tumult of sights and sounds. I had been in six different client meetings during the day – which meant six think and strong Turkish coffees. A little more caffeine than my usual once a day cappuccino but there didn’t seem to be a polite alternative My head was buzzing and it was a fine evening in early summer. I headed out of the hotel and down towards where I thought I could get the ferry across the Bosphorus.

As I made my way, in roughly the right direction, I stopped to check my guide book (rookie mistake isn’t it?) and within a minute someone was talking to me in perfect English, offering to help. Well it would be easier to be sure so I admitted my destination. Not content with confirming that I was on the right path, the elderly gentleman insisted on escorting me to the ferry terminal. And then onto the ferry.

By now I was slightly concerned. He was polite and spoke good English. I would guess he was in his early 70s but still, a girl on her own can’t be too careful and he was showing no signs of leaving me to my evening. The inevitable question – are you single? I certainly was. And I certainly wasn’t going to give that as my answer. Over the next 5 minutes I had invented my husband David the pediatrician (well why not, if you’re going to invent husbands they may as well ave a decent job) and, for good measure, Ella our delightful 4 year old. No, no sons yet but there was time.

In the end the elderly gentleman spent the whole evening with me. He turned out to be a great tour guide, absolutely trustworthy and had some remarkable stories of his own, including – photographic evidence produced here – serving with Montgomery and the Brits in Malta during the war. By the end of the evening when he had made no attempt to extricate money or favors of any kind from me I realized I’d misjudged him He just liked meeting people  – but by then it seemed a bit awkward to admit that I had fabricated my own life so I left the lie as it stood.

The next day when I went back to the hotel to check out there was a package for me. He had dropped off a large doll in Turkish national dress for my ‘daughter’, a copy of his picture with Monty and a small book of paintings of Istanbul. He left his card so I was at least able to send a thank you note and we exchanged Christmas cards for a while. I felt terrible signing mine including my fabricated family. But the alternative seemed worse, I was stuck with the lie.

It sometimes seems to me that traveling is a series of judgment calls. Who to trust and who not to. Usually I go by my gut feelings and I have never had any problems. This time I was over-cautious and paid the price. Honor was not upheld, he deserved better. I wish him well.