Travel doesn’t just take us physically to other places, my trip to Hong Kong also took me travelling my mind.

I’ve never been one for fortune telling. When friends went to the end of the pier on beach holidays or gathered around tarot cards and ouija boards I kept away. At first, when I was still operating within my Catholic upbringing, because we had been terrifyingly warned off such work of the devil (when enough scary nuns tell you something often enough from the ages of 4 to 11 even the most independent minds tend to incorporate it!). Then later because of a strong preference for logic, rationality and analysis over superstition and potential fraudsters.

However I was in Hong Kong. In the intensity and fast moving multiculturalism of that city which still maintains its sense of self while being willing to do trade with all comers. I spent hours just roaming the streets, drinking it in. Temples and gambling and street food and strong colors everywhere.

So why not I thought? Being in a foreign country gives me a sense of detachment from systems that would feel more limiting at home. Spending foreign currency has a different, less significant feel than spending the money I grew up with. Foreign laws, while needing the proper amount of respect to avoid offence or inconvenience, do not have the same emotional impact. And swearing in another language… Well it’s just not the same is it?

So here in Hong Kong I stepped out of my usual norms and dallied twice with fortune telling. 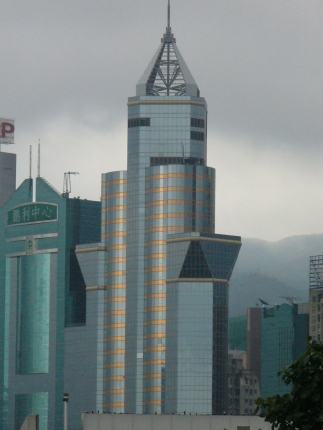 The first was on a tour. It was the perfect option for me, buildings – which fascinate me, feng shui – which intrigues me and makes a lot of sense (or non-sense depending on who is talking about it) and a way to see the city with some interesting insights. Our guide was great, a mine of information both on the topic of the tour and, more broadly, on aspects of local culture. He talked about Chinese birth horoscopes and a couple of people on the bus found out things they agreed in their descriptions. It got to my turn and he consulted his well thumbed and highly detailed almanac. He started happily enough – zest for life, appetite for change and unexpected situations, a great traveller, living many lives… so far so good.Then he petered out looking somewhat uncomfortable. My friend and I glanced up questioningly. “Oh nothing,” he explained. “It’s nothing. Sometimes it’s wrong.”

This was like a red rag to a bull and of course we insisted on hearing the ‘bad news’. Looking nervously around but bowing to pressure he then informed the bus-load of tourists that I make a better concubine than a wife. My friend burst out laughing. “See! That’s why!” she exclaimed. “You are living your destiny! You did make a terrible wife – both times. And you make a great concubine. Well – at least an empowered, re-engineered 21st century kind of concubine.” The tour guide was greatly relieved that he had caused amusement rather than offence.

My second interaction with fortune telling was rather more unsettling. The palm and face reader

revealed that I should not have had my third child as she wasn’t in my destiny. Therefore I should take great care of her because she could be taken from me at any moment. Just what every parent wants to hear. And to add to the fun prospects, I am apparently likely to die in 2016. This I did not expect to hear. I am healthier and fitter than average, with no hereditary illnesses in the family and I don’t go in for sky diving or motorcycling at high speed. Life expectancy calculators give me an expiry date of between 110 and 120 years. Not totally implausible given medical advancement and two great grandmothers who got to 99 and 102 years old. This was a whole new thought.

The fact that I have remembered this incident suggests that at some level I have paid some heed to it. I will defy it, just you wait and see! It doesn’t keep me awake at night. On the other hand there are some potential benefits of being alerted to the possibility. After all it could happen to any of us…

It’s good to pause for thought. To have a reason to focus on the things that matter most. No ironing or weeding unless that would make me happy. Bolder moves. Maybe if we all thought we only had a year to live we would live more, pay more attention to the beautiful moments of every day, settle less, step wholeheartedly into each day for the precious thing that it is.

In that sense it was my lucky fortune.

One thought on “Lucky fortune in Hong Kong”