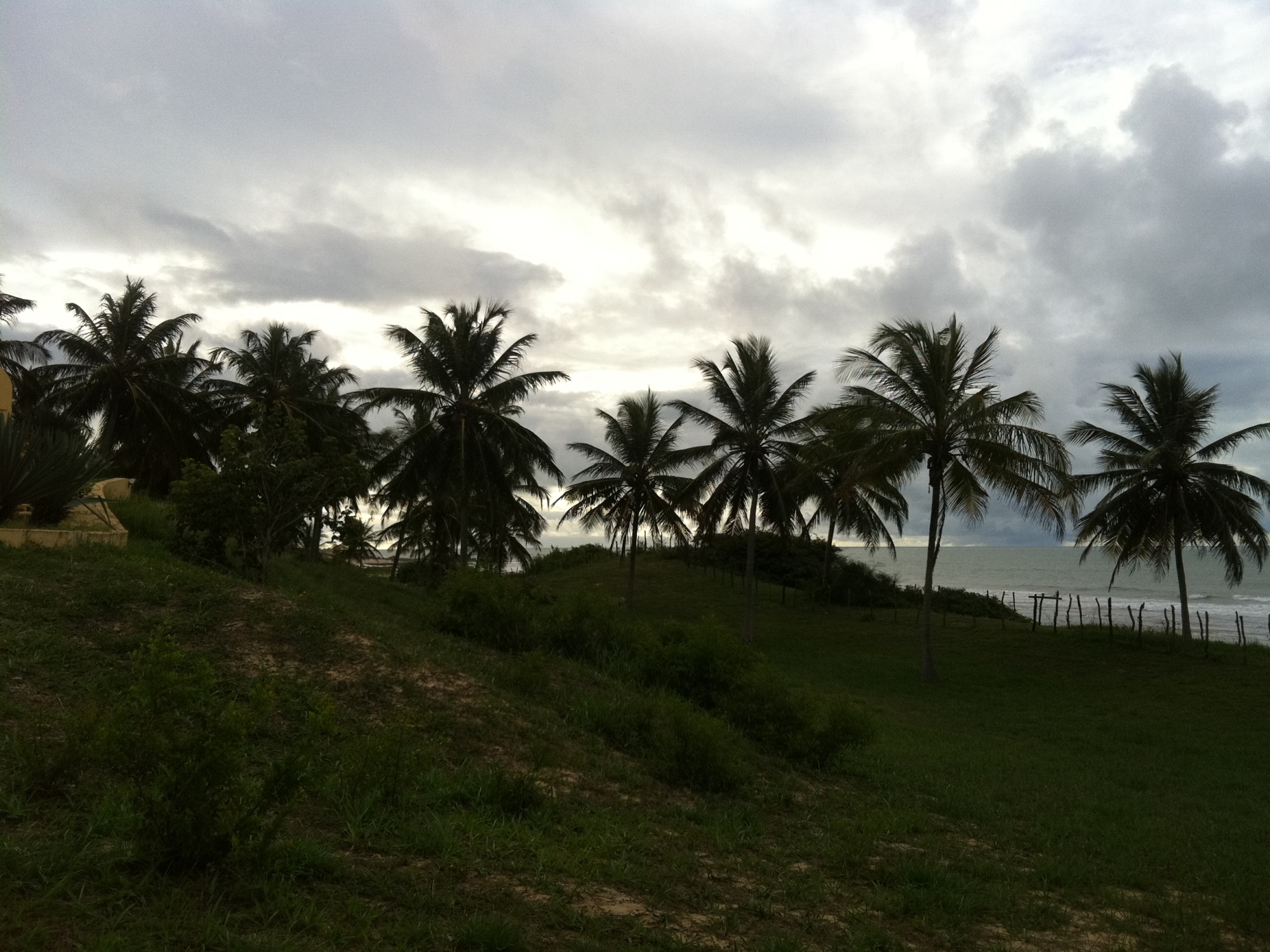 We were on a mission. Which meant we needed to drive from where we were, across the tangled streets of Natal and north up the Brazilian coast for another hour or two. Our destination was the very tip of Brazil, the point that reaches out into the Atlantic ocean and is closest to Europe. Where we would find a lighthouse and near it a building plot. (I can’t find my photo of this so thank you Gleyse Vieira for taking such a good one) Then after meeting with the builder, drive back again.

We reckoned on about 5 hours of driving so we set off after breakfast, imagining we knew the way just because we had looked on google maps (no satnav). Like many organic cities Natal is sprawling and chaotic. Roadsigns are practically non-existent – or incomprehensible. My usually reliable sense of direction was completely thrown and my poor navigator spent more time wringing her hands and turning the map over and over than offering any useful suggestions. (Regular readers will observe a dire shortage of decent navigators in my life… any volunteers?)

Eventually we emerged onto the highway and after what we thought was 40 mins progress in the right direction I started thinking about the sun being in the wrong place and we realized we had gone in exactly the opposite direction. I found a way off the highway and got us back onto the opposite carriageway, hastening back towards the Natal chaos. They have a cunning trick for traffic calming in Brazil. Unmarked sleeping policeman (speed bumps). On the highway. We had done a few emergency slow downs when we spotted them but something about the light fooled us on this one and we smac 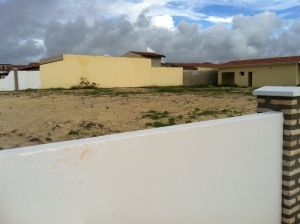 ked into it and clanged back on to the road. I had a feeling like when  broke my toe. I rewound my memory soundtrack. Did something snap? Or was it just the chassis rebounding? I couldn’t be sure so opted for the optimist’s strategy and we carried on.

It became increasingly obvious though that something was amiss. Those small indications that any regular driver will recognize. Not an out and out catastrophe but something just not right. Odd sounds, slightly different responses. Despite the long journey ahead of us I decided we would have to stop. At this point I was glad of my years in Colombia. I had visited so many small workshops in that job that I felt on vaguely familiar territory. I knew there was no chance of a nice big national chain with reassuring branding – instead we would just have to dive off the road through a dark opening and hope for the best.

They weren’t busy so after their initial astonishment that the two of us had set out on this journey at all (no map, no Portuguese, no tools… so much for all my Girl Scout training) they cranked the car up. 5 of them clustered underneath, point and tutting. I feared the worst. Meanwhile the rest of the family came out to have a look at the crazy foreigners. One of the older girls knew a few words of English which she was keen to practice with us. Her little picture wanted me to draw pictures of anything her big sister knew the English word for. Soon the back of the invoice book was covered with various approximations of the animal kingdom. The owner’s wife brought us a drink. There was a lot of smiling. Every now and then I glanced across at the group of mechanics, it didn’t seem like anything was happening. Were we going to spend the whole day here and then end up with a massive bill? I went over to talk to them and managed to find out that the bang had sheared off the main bolt attaching the axle to the wheel. Yes, definitely worth repairing then. But they didn’t think they could remove the broken bolt because of the way it had broken. Oh. Do your best, I urged them.

In the end, it was only 45 minutes later when we left. We had made some new friends, had a cold drink, involved at least 7 people in giving us very confusing directions and the total cost was less than $30. What had looked like a bit of a disaster had turned out just fine.

We left waving to the whole family and neighbors who by then were involved in our adventure and they wished us well – though with looks of grave doubt that we would ever succeed. The only person doubting more than them was Ann, my navigator, which triggered me back to my “trust to luck” travel motto. She wasn’t convinced but in fact we whizzed through the new directions, despite them seeming to require us to leave the city via spiral dynamics, and arrived at the lighthouse within a couple of hours.

The meeting with the builder was less successful since he seemed to have completely forgotten to build the house. I had the plot but nothing else. Ah well, you can’t win’em all. And it’s a good excuse to go back.