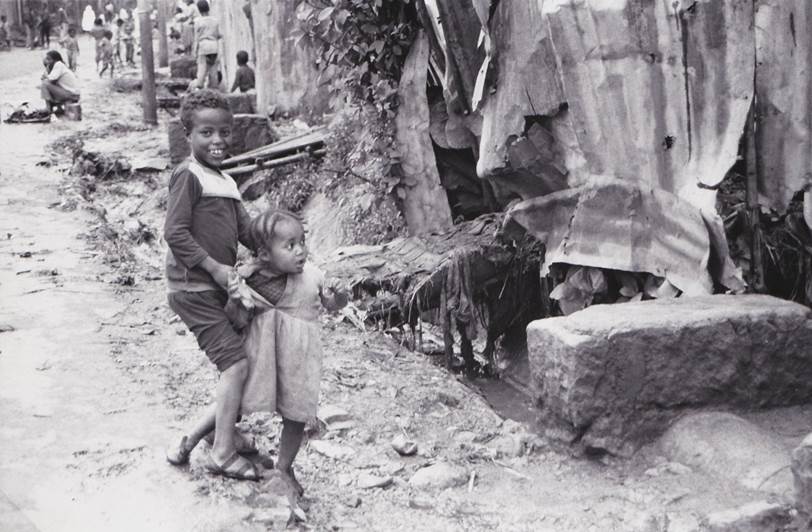 The first time I was in Ethiopia I had some projects to visit and check out in Addis Ababa and also about 80 miles to the south near a town called Nazareth. One of the project managers picked me up from the airport and we drove straight to nazareth that evening.

So it seemed pretty reasonable to him that a week later I should be able to drive myself there. At the time, because of the situation with then President Mengistu (this was a week or two before he fled to Zimbabwe as rebel troops closed in on the capital), there were no maps available, that might have changed now thanks to google!

No worries, explained the project manager, take this road out of Addis, go past the cement works, take the left fork… etc. Not without some trepidation given the state of the road, the vehicle and my local knowledge – all with some room for improvement – I set off.

I did manage to find the route which was a relief. The problem came as I was passing through a small settlement. I was going pretty slowly because of people around and had the distinct impression that an old woman by the side of the road gave her donkey a hearty shove as I approached. Despite the nearest thing to an emergency stop that an old vehicle on a dusty road can manage, I did nudge into the donkey and it promptly keeled over.

A quick flick through my personal wiki came up with absolutely no guidance for how to deal with this kind of situation. Obviously I didn’t want to do the woman a disservice and was prepared to pay for the animal if I had killed it (had I killed it?) but I didn’t have the first idea of the value of an old donkey in Ethiopia. I was also not dead keen on getting out of the car as the whole village came running out to see what was going on. All of this probably took less than a minute but my mind was racing through the options. Nobody spoke English and I only knew how to say hello and thank you in one of the 80 plus languages that are spoken in Ethiopia.

For a moment the universe paused. The dust blew about. the villagers muttered and conferred. The old woman looked distraught. I vainly racked my brains for donkey value data. And then, just as things could have got tricky, the donkey got bored with its role, stood up, shook itself and ambled across the road to the other side. As all of us regrouped around this new information one of the villagers remembered the word Go in English and started shouting it at me repeatedly with accompanying hand gestures. On reflection this seemed like pretty sound advice so with a sigh of relief I lurched off.

I learned a great deal in Ethiopia. About humanity, about how people live with the real and present threat of starvation yet still smile at the good moments of life, about fairness and unfairness – and the price of a donkey which was the first thing I checked when I arrived. And I learnt, again, that even when we don’t know what to do, keeping calm, staying present and wishing the best outcome for all concerned means we get by, remarkably o 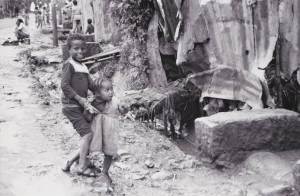 ften. And that the moments when we are learning, when we are out of comfort zone with no protocol or status to hide behind, are the moments we feel absolutely and definitely alive in the present moment.